The UK energy market in 2021 explained

The UK energy market has fluctuated a lot in 2021, which has meant that energy prices have rocketed for customers. Read on to find out more. 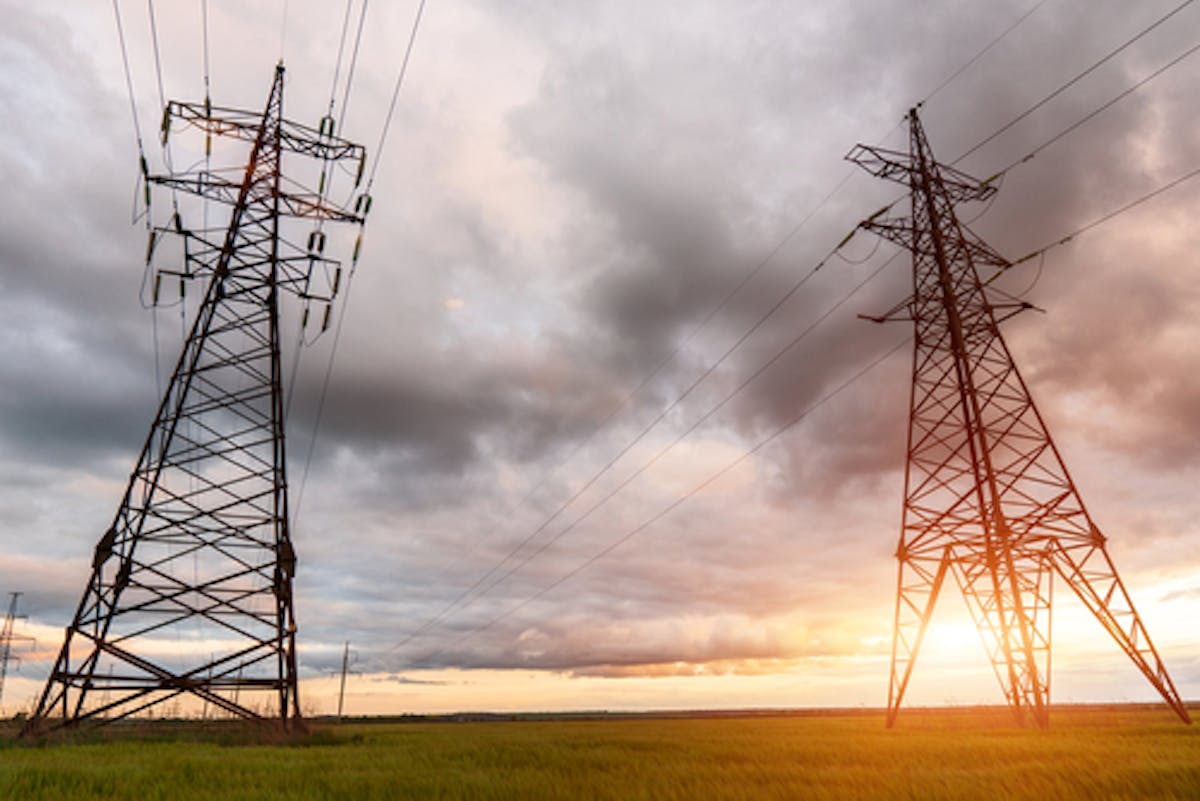 There has been a dramatic increase in the cost of wholesale energy in the past few days. This is because of a range of factors such as high gas costs, low wind energy generation and a fire at the electricity interconnector between Britain and France. These high wholesale prices and increased general market volatility have resulted in a sharp decline in the number of deals that price comparison websites like Uswitch are able to offer customers. This is due to suppliers trying to get to grips with the future costs of supplying energy to you and wanting to adjust their tariff prices appropriately.

The rising wholesale cost situation had already prompted Ofgem to announce a 12% increase to the level of its standard variable tariff energy price cap on 7 August, which took the cap to its highest ever point of £1,277 for average consumption dual fuel customers. For the past few weeks, suppliers have been increasing their standard variable prices to the cap level (or just below). This recent development is the result of the same market trend that caused the price cap to rise.

Several developments in the energy sector, such as a key electricity cable connecting the UK and France being shut down due to a fire, have since caused costs to rocket even further.

But what does this mean for customers?

Can I switch? Should I switch?

Although some suppliers are offering deals (which can be seen on our whole-of-market results table), we’ve made the decision not to offer them via our own switching service. This is because we don’t believe they're suitable for the majority of customers. We're working hard to get more suitable deals back onto our site - you can leave us your details below so we can inform you about when they become available, along with news and insights.

If you’re concerned about long-term price rises, you may be able to find fixed deals direct from suppliers – but expect to pay well above the current price cap rates. Additionally, remember some smaller suppliers are more vulnerable at the moment and may fold before your fixed deal has run its course, in which case you would be transferred to another supplier. You can find more information in our Q&A guide here or scroll to the bottom of this page to find out what to expect if your supplier goes bust.

How did we get here?

The energy market is rarely straightforward at the best of times, but the past few months have seen developments that have changed the way the market looks from a customer point of view.

From a customer point-of-view, the first sign that something was different about the energy market might have been in August, when the new level of the standard variable tariff energy price cap was raised to £1,277 (to come into effect in October 2021).

Many customers looking to switch their energy deal in the wake of that news found that their potential annual savings were in the tens of pounds, rather than hundreds. In some cases, they might not have been able to save at all.

Gas prices have risen steeply over the last five months. According to Ofgem, the energy regulator, this is because British and European gas storage levels are at a historically low level, and this was also compounded by protracted cold temperatures. Additionally, European pipeline deliveries have reduced year on year, which has also pushed up prices. Other factors have included low wind generation across Europe this year, which has increased demand from gas burning electricity-generating plants.

How have wholesale prices changed over time?

To illustrate the rise in wholesale prices over the past few months, we’ve included two graphs from Ofgem below: 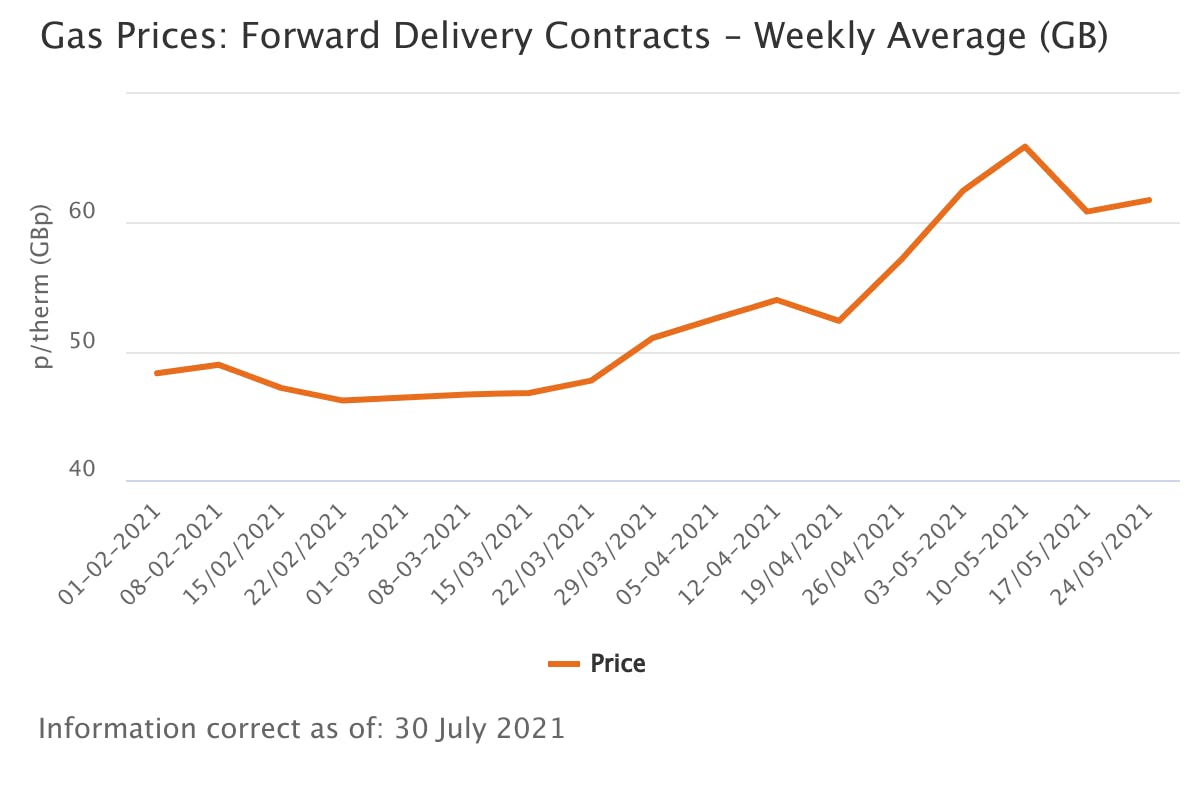 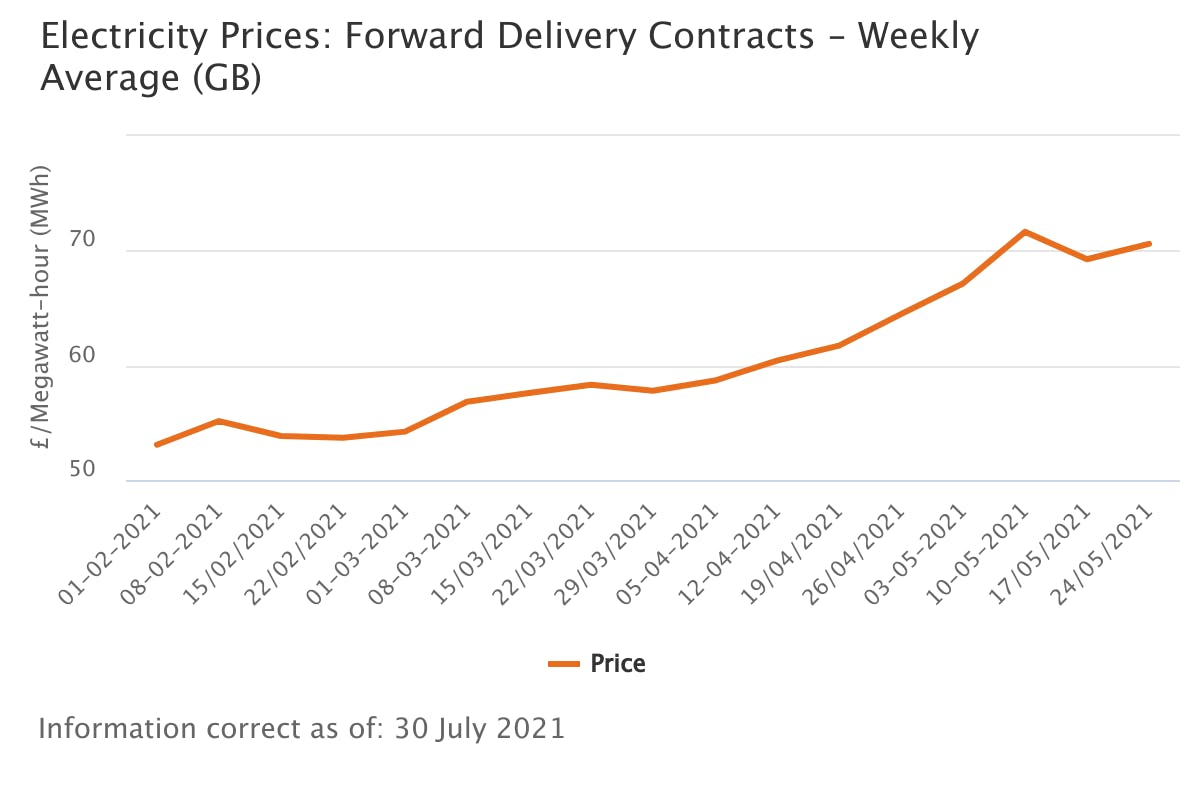 As far as electricity is concerned, prices per unit have risen from £53.08 in February to £70.59 at the end of May and has recently gone above £100 per unit.

The one constant thing about the energy market is its fluctuation. This remains true - while prices remain excessively high, the market is still hugely unpredictable and it’s difficult for anyone to formulate a view on where prices will go long-term.

However, the current supply and demand picture doesn’t suggest that prices will drop soon.

As we’ve already said, you should be assessing all your options if you’re due to switch soon. We will be able to provide deals as soon as suppliers bring them back onto the market. Enter your email address below and we’ll be in touch with deals, news and insights.

What happens if my energy supplier goes bust?

There have been several stories in national media focusing on the possibility of small energy suppliers going out of business as a result of these gas shortages and subsequent high prices. There is no need to panic if this happens to your supplier. You'll be moved onto a Supplier of Last Resort by Ofgem - this could be any supplier that Ofgem deems a good choice to take on more customers. You won't lose your energy supply at any time. Your new deal may be more expensive than the one you were on, though, so you might want to see if anything else is available (though given the current situation, this might not be the case).

Which energy suppliers have gone bust as a result of the current situation?

As of 29 September, the following suppliers have gone bust largely due to the wholesale price rise situation:

Are business energy customers affected by this situation?

"Similarly to domestic customers, the business energy market is affected by high prices, but business customers looking to switch their energy are still free to run a comparison or talk to their supplier to see if they can negotiate a better contract than the one they're currently on."