How can you manage your finances in Brexit Britain?

As Britain begins its preparations to leave the European Union the only certainty ahead is uncertainty. We explain what it might mean for you and how you can try to protect your finances
Share this guide

How can you manage your finances in Brexit Britain?

After 52% of voters opted to leave the European Union (EU) on 23 June 2016, Britain looks set to exit the organisation, in what has become called 'Brexit'.

What does this mean for your money and how can you reduce the impact on your finances?

Get the best exchange rates for a weak pound

The value of the pound fell immediately after the vote against many currencies. Falling to levels not seen since the 1980s against the dollar, and two year lows against the euro.

When the pound is weak, your money will not go as far when you go on holiday abroad, so it's even more important to make sure you're going to get the best exchange rate possible. 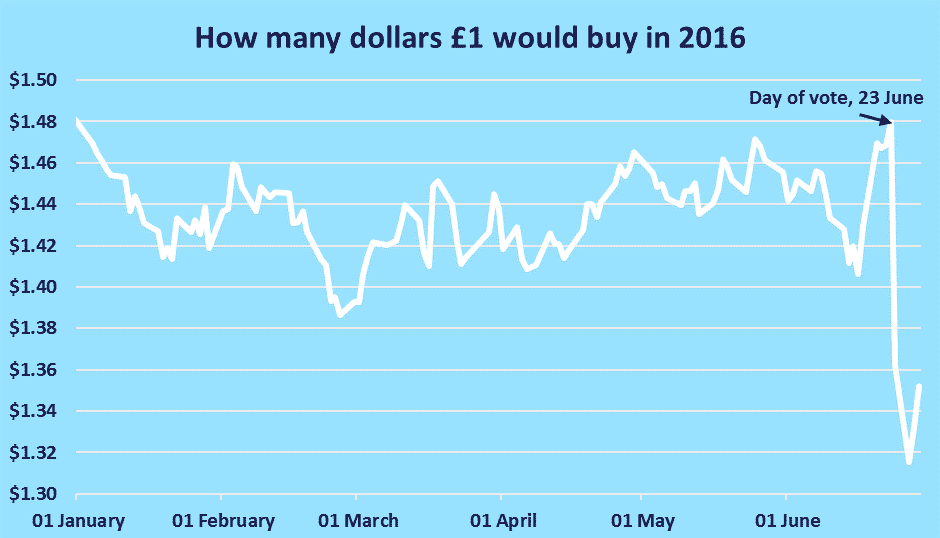 Get the best exchange rates with a credit card

One way to get the best rates would be to get a credit card that doesn't charge fees for spending overseas, meaning you will enjoy near 'perfect' (sometimes even better) market exchange rates on purchases made with the credit card.

However, note you will only enjoy these exchange rates on card purchases, not on any money you withdraw with the card. If you do so you will likely be charged both a foreign ATM fee and a cash advance fee.

What if you want cash to take overseas?

If you do want to get best rates for your cash, it's sensible to shop around online with currency brokers, or compare prepaid-travel cards, to find the most competitive price for your pounds.

Typically, you will find better prices online than you would get from bureaux de change,  in particular compared to rates available at airports, but foreign exchange is a highly competitive industry so this isn't always the case.

What can you do with your mortgage?

With uncertain times ahead it could be a good idea to fix your mortgage rate. This will keep one of your largest monthly outgoings at a set amount for a few years.

It's also worth noting that recently the cheapest fixed rate mortgage deals have become as cheap as the market-leading variable rate mortgages..

Thinking of fixing your mortgage rate?

Enjoy fixed monthly mortgage costs for a set period, whatever happens in the financial markets

Think about your personal circumstances

You should always approach your mortgage with a personalised plan and try to ignore the markets, or you could find yourself obsessing over getting the perfect rate.

Think about your circumstances, your budget for outgoings and prospects for income, before deciding on what mortgage best works for you.

Also note that when looking for a mortgage deal, you shouldn’t always necessarily go for the cheapest interest rate, as sometimes the amount you pay in fees will mean your mortgage costs could end up being higher in the long run.

What could happen to interest rates?

The base rate of interest is the 'price' of money that retail and merchant banks can buy money for, it is one of the most important factors that determines the interest rates available to the public.

Typically, if the base rate falls, mortgage and loan rates will also fall, however savings rates are also likely to fall. Watch the Bank of England's video series if you'd like to know more about their role.

In their last quarterly report  before the vote the BoE stated they would "face a trade-off between stabilising inflation on the one hand and output and employment on the other" in the event of a Brexit vote.

By this they mean:

Beyond cutting rates to 0.25% in August 2016, at the time of writing there have been no mention of further measures, but Governor Mark Carney has hinted he may cut rates further if the need arises.

Will it be harder to borrow?

It is impossible to know whether it will become more difficult to borrow as a consequence of Brexit, it depends on what happens with the wider economy.

During the credit crunch it did become difficult to borrow money, but that was precipitated by the financial crash of 2008, where widespread 'irresponsible' lending lead to a crisis of confidence amongst lenders.

The Mortgage Market Review, which came into effect in 2014 implemented stricter lending criteria and remains in force.

The BoE did state prior to the referendum that we may see a reduction in investment into the UK economy as a consequence  of Brexit, leading to falling output and rising unemployment.

But, following the vote Governor Mark Carney announced the BoE has strong reserves of foreign currency and sterling, and will do what is necessary to keep liquidity (available cash and credit) in the UK financial markets.

He also highlighted the rules had been tightened over the cash reserves commercial banks need to keep, meaning they are better placed to face any form of economic downturn than they were in 2008.

Watch the video below of Governor Mark Carney's statement after the referendum results.

How can you manage your credit cards?

There has not yet been any mention of notable changes to the credit card market, nor any talk of removing consumer protections currently in place.

The EU did implement legislation in 2015 that made credit card companies pay the processing charges of credit card transactions instead of retailers. Many card companies gave this as the reason for cutting back on cashback and other rewards available to cardholders.

However, there has been no mention of reversing this and it's unlikely to be a priority for the politicians at the moment.

As a rule, if you're not certain about your future income you should avoid getting into any form of unsecured debt you can't easily afford to repay, such as irresponsible spending with a credit card.

Use 0% interest cards to clear debts

If you are concerned about any unsecured debt you already have on credit cards, you could consider moving it to a 0% balance transfer credit card. This could give you some breathing space as you repay your card debts without paying any interest for as long as 40 months.

If you'd like to know more about how 0% balance transfer cards work, watch our video guide.

What can you do with your savings?

While there may be the prospect of inflation in post Brexit Britain (with money becoming worth relatively less than before), keeping your wealth as money in a current or savings account remains a low risk investment choice.

The Financial Services Compensation Scheme (FSCS) is staying in place, and will likely do so as this is a UK government initiative. However the deposit guarantee compensation limits are currently in line with EU (and European Economic Area) rules.

The scheme was created during the last recession and guarantees deposits up to £85,000 (£170,000 for a joint account) should your bank go bust.

While your money will be safe, the downside of savings accounts and ISAs is that many have been offering low rates of 1-2% AER (Annual Equivalent Rate - the rate of interest you are paid on deposits) for several years now.

This is mostly due to the BoE keeping the base rate of interest at 0.5% for so long, and if they do cut interest rates, savings rates could fall further.

It's also worth remembering that from April 2016 you no longer have to pay tax on the first £1,000 you earn in interest each year as a basic rate taxpayer, or the first £500 as a higher rate taxpayer.

What could happen to consumer protections?

There has been no mention of what will happen to the numerous EU-wide consumer protections that are in place. Until further notice these are likely remain in effect. And are unlikely to change while the UK negotiates its exit from the EU.

The Financial Conduct Authority (FCA) announced after the vote it will keep all the regulations that come from the EU in place for now (such as the recent Credit Directive that created consumer buy to let mortgages).

"Consumers’ rights and protections, including any derived from EU legislation, are unaffected by the result of the referendum and will remain unchanged unless and until the Government changes the applicable legislation."

Your consumer rights for flights are protected by European Commission law (Regulation (EC) 261/2004) and applies to all European airlines flying within the EU. There has been no mention of excepting Britain from this regulation.

Under the current rules if your flight is delayed, your airline is required to provide you with meals and refreshments to match the length of the delay (the delay must be over three hours to qualify). You are entitled to assistance and possibly compensation between €125 and €600.

If you are delayed by more than five hours and decide not to travel, you are entitled to a refund paid by the airline within seven days.

However, if there were ‘extraordinary circumstances’ which delayed your flight the airline may not have to pay compensation.

Claiming refunds through your credit card

If you have purchased a good or service on credit and you did not receive the goods advertised, you could still get a refund from your credit card provider under Section 75 of the Consumer Credit Act.

The legislation comes from the UK government and it's very unlikely to disappear anytime soon.

Clean up your credit report

The UK government's credit score has suffered as a result of Brexit, but your personal credit score shouldn't be affected.

Even so, if there are uncertain times ahead it's good idea to make sure your finances are in good shape, and a good place to start is with your credit report.

Are your finances in good shape?

Check your credit report to make sure you're in good shape to apply for loans, credit cards, overdrafts, mortgages and mobile phone contracts

Your credit report and score is like your financial CV,  banks will use it to decide if you can get their best mortgage, overdraft, loan and credit card deals.

You can access your credit file through a number of credit agencies and check your credit score and any information that is recorded about you, it’s well worth checking this is correct).

There are a number of other factors that will influence your credit rating:

If you are concerned about your credit score it's worth checking these details are correct on your credit report.

If you'd like to build or improve your credit score you should make sure your name is on a few household bills, get on the electoral register, and you could also consider responsibly using a credit-building credit card to create a history of borrowing and repaying money.