Just because the chaos of Black Friday is finally winding down, it doesn’t mean there aren’t still deals to be found. Cyber Monday, has become almost as big a day for deals but has traditionally focused on bargains you can find online.

While this has often been from leftover stock that stores needed to shift, Cyber Monday deals are also great for items that the Black Friday shoppers wouldn’t have thought to buy.

On Black Friday you’d likely see swarms of shoppers rushing to buy big-screen TVs, laptops and gadgets, and by Cyber Monday they’ve got them all unboxed, set up and ready to use them to shop for even more deals.

Cyber Monday deals on your broadband

Let’s start with the most obvious: Cyber Monday broadband deals. Most of the gadgets that hardcore shoppers will have purchased on Black Friday will end up being connected to their home broadband. More gadgets –– everything from new iPhones and laptops to smart hubs and streaming sticks –– means a bigger strain placed on your home broadband and more bandwidth being used up than you might be able to spare.

Almost all the UK’s top broadband providers cottoned on to this early, and often save some of their best deals of the year for Cyber Monday. You could get discounted ultrafast broadband from Virgin Media, or bundle together superfast broadband with digital TV from Sky — all for far less than you would at any other time of the year.

Check out our Cyber Monday broadband deals to see how much you could save. 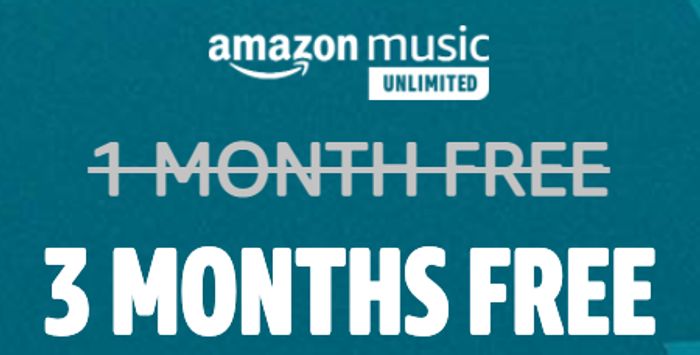 Amazon Music Unlimited is offering new subscribers a three-month free trial of its music streaming service. You’ll get unlimited on-demand access to music from Amazon’s incredibly extensive library and you won’t pay a penny until your three-month trial is finished, after which the price reverts to £7.99 per month.

In fact, if you buy an Echo Dot 3rd/4th Gen you could double your savings and get six months free.

Tune in to the world of audiobooks wherever you are by streaming and downloading some of the most popular titles often read by the authors themselves or other famous names. Titles include A Promised Land by Barack Obama and The Jane Austen Collection read by the likes of Claire Foy, Gugu Mbatha-Raw, Billie Piper and Florence Pugh.

You also get unlimited on-demand access to audiobooks and podcasts from Amazon’s incredibly extensive library, including Audible Original podcasts like Dawn French and Jennifer Saunders’ “Titting About”.

Listen to selected Audible for free, then get a free 30-day trial to delve into the world of Audiobooks. 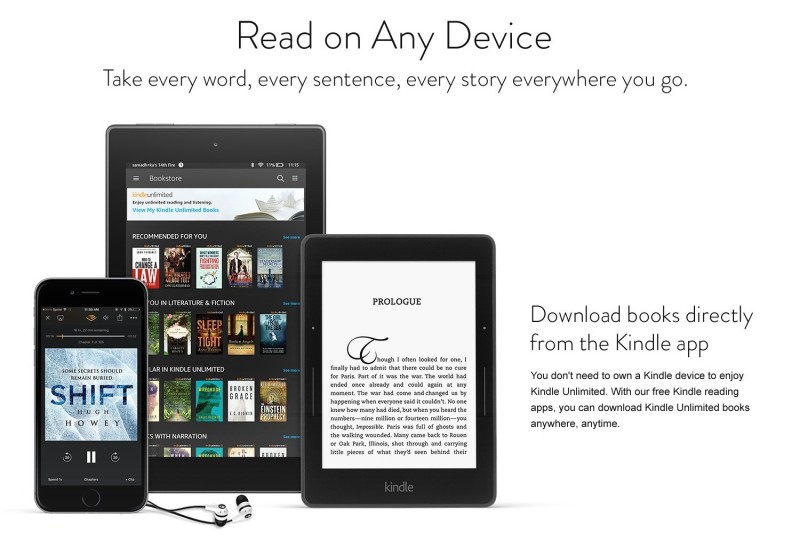 If you still prefer to read your own books, an Amazon Kindle Unlimited subscription could be for you. Whether you own a Kindle device or not, you can still get access to an enormous library of over one million ebooks and more than 20,000 digital comics –– as well as magazines and audiobooks –– across a range of devices that support the Kindle app.

If you’re new to Amazon Kindle Unlimited you can get two months free, or three months for just 99p, until the end of November. If you’re thinking of returning to Amazon Kindle Unlimited, you could get six months at 50% off when you subscribe before the end of the year. After which, the regular price of £7.99 a month would automatically be applied.

If you’re already an Amazon Prime member and are slowly running out of things to watch, you can add additional channels for just 99p for three months. This includes Starzplay which features original TV shows and movies like ‘The Spanish Princess’ and ‘The Act’. You can also watch action shows like DC’s Doom Patrol and all four seasons of Spartacus sit alongside comedies like Four Weddings and a Funeral and Now Apocalypse, giving you plenty of content to keep you entertained

Other channels include History, Crime Investigation, BFI Player, Shudder, Discovery Kids, and hayu, the home of the Kardashians.

PlayStation Plus is a great gaming streaming service if you’re looking to build your game collection without breaking the bank. You can sign up for a one-month, three-month or 12-month subscription and get access to a range of PS4 games including blockbuster hits, indie gems and multiplayer party games to play online or at home with family and friends. 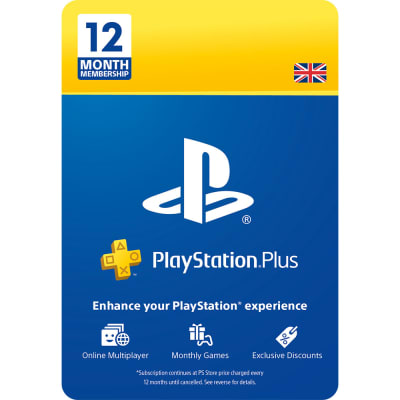 If you’re a photographer, designer, videographer, artist, or any kind of digital creative mind, you’ll want to have access to Adobe software. Cyber Monday is a great time to sign up to Adobe Creative Cloud, which gives you cloud access to over 20 Adobe programs, including Adobe Photoshop, Adobe Lightroom, Adobe Premiere Pro, and Adobe Illustrator.

Adobe has already discounted its Creative Cloud software by 20% for Black Friday and Cyber Monday, giving you access to programs like Photoshop, Lightroom, Premiere Pro and Illustrator. This works out at £39.95 a month, down from £49.94 a month.

If you’re a student or teacher, you can get an additional 19% this Black Friday, which gives you access to the same great software for just £13.15 a month.

VPNs are becoming increasingly popular, helping you to keep your personal data more secure and log in to international services.

ExpressVPN is one of the most popular VPN providers on the market. This year you can get three months extra on a one-year subscription. Meaning you can get 15 months for the price of 12 this Black Friday and Cyber Monday.

This works out at just £5.16 a month, saving you 49% of your total subscription cost.