Diversity at the 2021 Primetime Emmys

How diverse are this year's Emmy Award nominated shows?
Share this guide 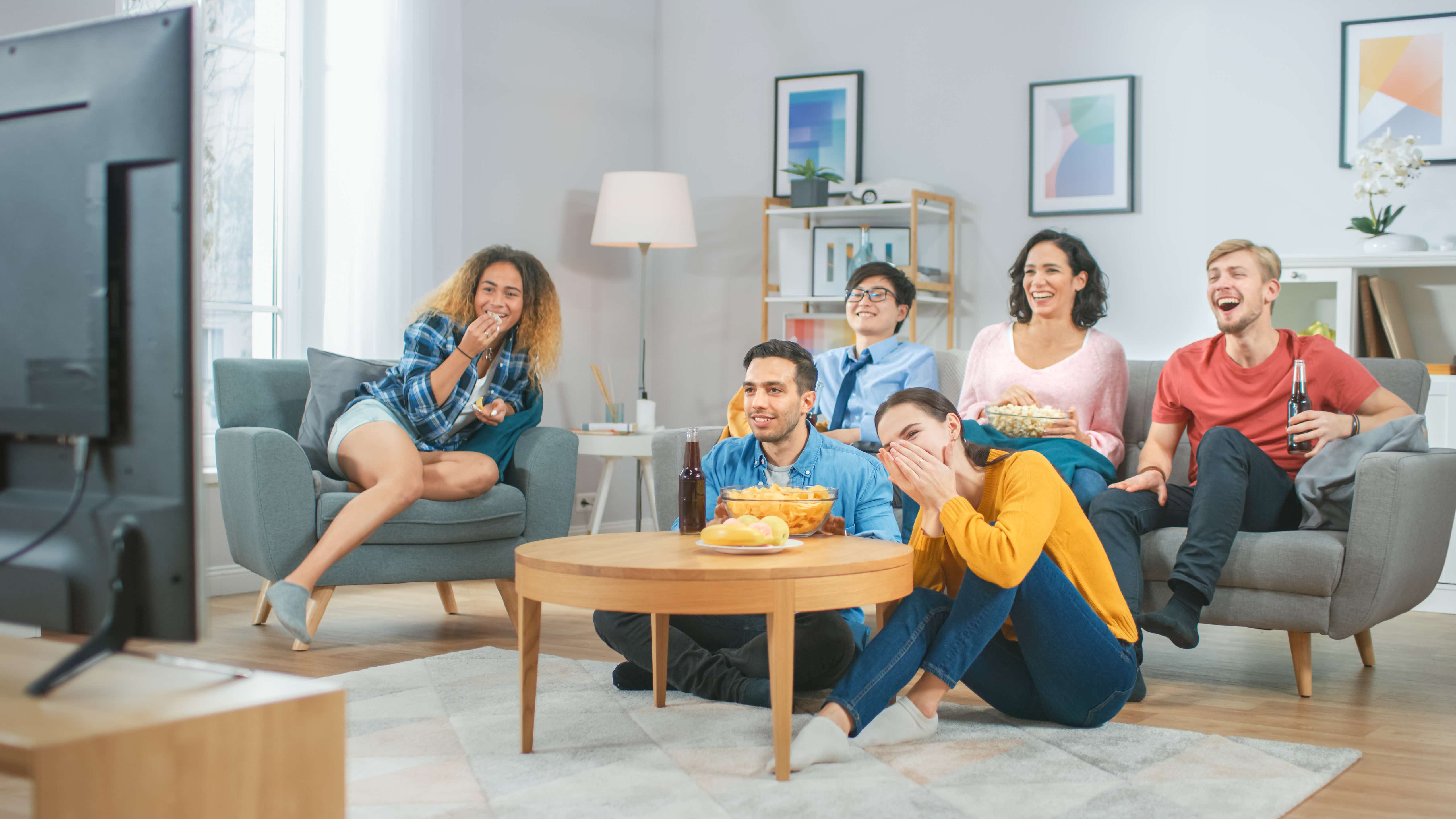 The 2021 Primetime Emmy Awards will air live on 19 September on the US network CBS. The 73rd annual nominations for outstanding achievements in television are the most diverse in history, with a record-breaking 49 nominations going to people of colour and from a variety of different ethnic backgrounds.

The Disney Plus production of the hit Broadway musical 'Hamilton' also produced a diverse number of nominations, with six of its 12 going to actors of colour. These include the star and creator Lin-Manuel Miranda, Leslie Odom Jr., Renée Elise Goldsberry, Phillipa Soo, Daveed Diggs and Anthony Ramos.

Other notable nominations include Sterling K. Brown for Lead Actor Drama Series for 'This Is Us', and British writer, director and star of 'I May Destroy You' Michaela Coel who was nominated for Limited Series Actress as well as her directing and writing credits for the HBO show.

Whether you love a drama or a comedy, representation is important. Increasingly, networks and production companies have realised that consumers want to watch shows that are a reflection of society, and that includes diverse main characters.

Winning the top spot overall, Pose (1st) also ranks the best in celebrating a diverse cast, followed by This is Us and Lovecraft Country (2nd).

Michaela Cole’s I May Destroy You leads with the majority of the main cast represented as actors of colour.

However, when it comes to diverse shows it isn’t enough to have representation on screen, the quality of representation matters. That’s why we have applied accepted diversity media tests - Vito Russo, DuVernay, and Bechdel - to determine whether the diverse characters added value to the nominated shows instead of reinforcing stereotypes.

Of the 20 applicable 2021 nominated shows, every show passed at least one diversity test.

Two thirds of the nominated shows failed to pass the Vito Russo test. This test takes into consideration whether a character that identifies as lesbian, gay, bisexual, and/or transgender is included; the character is not solely defined by their sexual orientation or gender identity; the LGBTQ+ character is significantly tied into the plot; and not included to provide colourful commentary, paint urban authenticity or set up a punchline.

The Vito Russo test was the least likely test of the three to be passed, with Emily in Paris, pen15, Ted Lasso, The Crown, The Kominsky Method, and The Underground Railroad all failing to pass.

In recent years, the Emmy Awards have received criticism for a lack of representation in their award nominations. The LA Times reported that from 2015 to 2019, 82% of the nominees in 19 prime-time Emmy categories were white. However, it isn't just the Emmys that have rightly come under fire recently. The Bafta Film Awards were called out in 2020 after no female filmmakers were named for best director for a seventh consecutive year, and only white actors were selected for the four acting categories. The academy has since made 120 changes to its awards to increase diversity, including adding 1,000 new committee members.

While the Golden Globes, Emmys and BAFTAs currently do not have specific representation awards, there are television accolades that focus primarily on celebrating and awarding representation. The Dorian Awards given by GALECA: The Society of LGBTQ Entertainment Critics honours the best in television, from mainstream shows to LGBTQ+ focused programmes.

Where to watch Emmy nominated shows in the UK

If you're ready to binge some of this year's Emmy nominated shows, here's where you can watch them in the UK:

In the past year and a half especially, most of us have had more time to nostalgically rewatch our favourite shows, revisit iconic TV moments or seek out something new to keep us entertained during lockdowns.

We’ve analysed the best rated English language sitcoms of the last 50 years to determine how female, people of colour (POC), and LGBTQ+ representation has changed.

Using the highest ranked and voted for sitcoms from IMDb’s comedy sitcom list, we’ve split the best sitcoms into ‘classic’ and ‘modern’ for comparison. If the sitcom started and ended before 2010 we’ve considered it as ‘classic’, otherwise you’ll find it listed as ‘modern’. Check out our full list of the best ‘classic’ and ‘modern’ sitcoms below:

Our research found that the best rated 'modern sitcoms' have started to narrow the male to female representation gap with 65% male main characters compared to 35% female. According to ONS’s overview of the UK population: January 2021 report 50.6% of the UK population is female. Therefore, there is still progress to be made to reflect this on our screens.

This is an improvement however from the highest rated ‘classic’ sitcoms, as only 27% of their primary characters identified as female.

We applied the Bechdel Test to each sitcom to determine if the female characters added value to the show instead of reinforcing stereotypes. As long as the sitcom *‘generally’ had at least two women present and talking to each other about a topic that didn’t involve a man, throughout the duration of the show, we considered it to have passed the Bechdel Test.

Not only have the 'modern' sitcoms cast more women in recurring main character roles, but the quality of the character roles have also improved. 80% of the top rated ‘modern’ sitcoms passed the Bechdel Test, compared to just 40% of the ‘classics’.

While it’s great to see improvements in female representation on screen, more needs to be done behind the scenes. 100% of the ‘classic’ sitcom creators identified as male, while only 20% of the ‘modern’ sitcoms had female creators.

In comparison, almost two thirds of the ‘modern’ sitcoms have a primary character who identifies as a POC.

As of the 2011 UK Census, 40.2% of London residents identified with either the Asian, Black, Mixed or Other ethnic groups. However, London-set modern sitcoms, Peep Show (0%) and People Just Do Nothing (25%), do not reflect this with POC-identifying main characters on screen.

Additionally, less than half of the ‘modern’ sitcoms *‘generally’ failed the DuVernay Test.

Unfortunately, while there has been an improvement from the ‘classic’ to ‘modern’ sitcoms (7% pass rate to 47%), many sitcoms have failed to represent people of colour without reinforcing harmful stereotypes.

Broad City is the most representative LGBTQ+ ‘modern’ sitcom with 50% of its six main characters identifying as LGBTQ+.

Additionally, only half of the eight ‘modern’ sitcoms with an LGBTQ+ character *‘generally’ pass the Vito Russo Test.

Brooklyn Nine-Nine, Schitts Creek, Modern Family and Broad City were the only ‘modern’ sitcoms to pass the Vito Russo Test.

Modern Family is one of three of the top rated sitcoms, ‘classic’ and ‘modern’ included, that passed each representation test. It is also the sitcom from our list to have received the most award nominations and award wins.

In 2020, Schitt’s Creek, which prides itself on being a show that turns it back on homophobia, won nine awards at the Emmy Awards, and made Emmy history by becoming the only show to ever win all four acting categories in one year.

Representation is important. TV programmes are a reflection of society, and therefore should include a diverse range of people in their primary cast of characters. While our research shows that representation has improved in the top-rated ‘modern’ sitcoms, networks must continue to make significant contributions to ensuring representation of female, POC and LGBTQ+ people on our screens.

Ready to watch a new show? Make sure to compare the best TV and broadband deals first to ensure you are ready for your next series binge.

Emmys.com was used to collate a historical list of each Emmy Award nominee for Outstanding Lead Actor and Actress (in a comedy, drama or limited series), as well as Emmy Award nominated shows (from the categories: comedy series, drama series, and outstanding limited or anthology series), in the years 2001, 2011, and 2016 to 2021.

The nominated show, The Mandalorian, was excluded due to only having two main characters, one of which isn't considered to be human.

To clean our resulting list we filtered out adult animation (e.g. Rick and Morty), and only included the highest rated series of Blackadder (all three are highly rated). We also excluded shows where the creator and/or writer was criminally investigated.

We then arranged our list by the highest IMDb rating and the number of people who voted for them. To categorise our desired list into ‘classic’ and ‘modern’ we split the shows by years. If the show finished or was still on air after 2010 it was considered ‘modern’, the rest were categorised as ‘classic’.

We also used IMDb for the main creator (or writer if not applicable) and cast list (to be considered as part of the main cast the character had to be included before the 'expand all' selection) and resulting facts.

We then categorised diversity and representation in each show based on the main characters. To have been counted, characters had to explicitly describe their heritage, sexuality and gender. The term, people of colour (POC) was used to identify non-white sitcom characters.

*We also wanted to find out how this diversity holds up to accepted diversity media tests. The tests we did use were created for film, however none such criteria exists for TV shows. To mitigate this we say ‘generally’ pass. We relied on:

To have passed we considered characters from the main character group and the creator of the show (where applicable).