The UK TV Streaming Report: the UK's most loved shows

Streaming TV on platforms like Netflix, Amazon Prime and NOW TV has been growing in popularity over recent years, and it’s rare that you won’t find what you’re looking for on the many sites that are available. We asked 2,001 people in the UK all about their online TV watching habits and their favourite shows.

Now original content is also a huge part of streaming platforms, there is even more competition to be the best. Netflix came out as the most-used streaming platform for the UK respondents we surveyed, at a whopping 49%, while only 3% subscribed to the newer Disney Plus. The most popular place for Amazon Prime is in Northern Ireland. The popularity of these streaming services has surged even further over the past year due to the pandemic — more people than ever are now dependent on these sites for their entertainment and downtime. Our research reveals 49% of the people surveyed admitted they are now watching more online TV due to lockdown and 34% have actually started a new subscription to an online TV service since the restrictions began. If you've ran out of streaming content but don't want to add another paid monthly subscription to your collection, check out how you can get streaming services for free in the UK. Take a look at the report below to see the UK’s favourite shows by city, the most rewatched shows across the country, and the public’s opinion of online TV streaming.

From Game of Thrones to Breaking Bad, there is always an argument for the best TV show, but which series comes out on top? Take a look below at the top TV shows in each of the top UK cities. 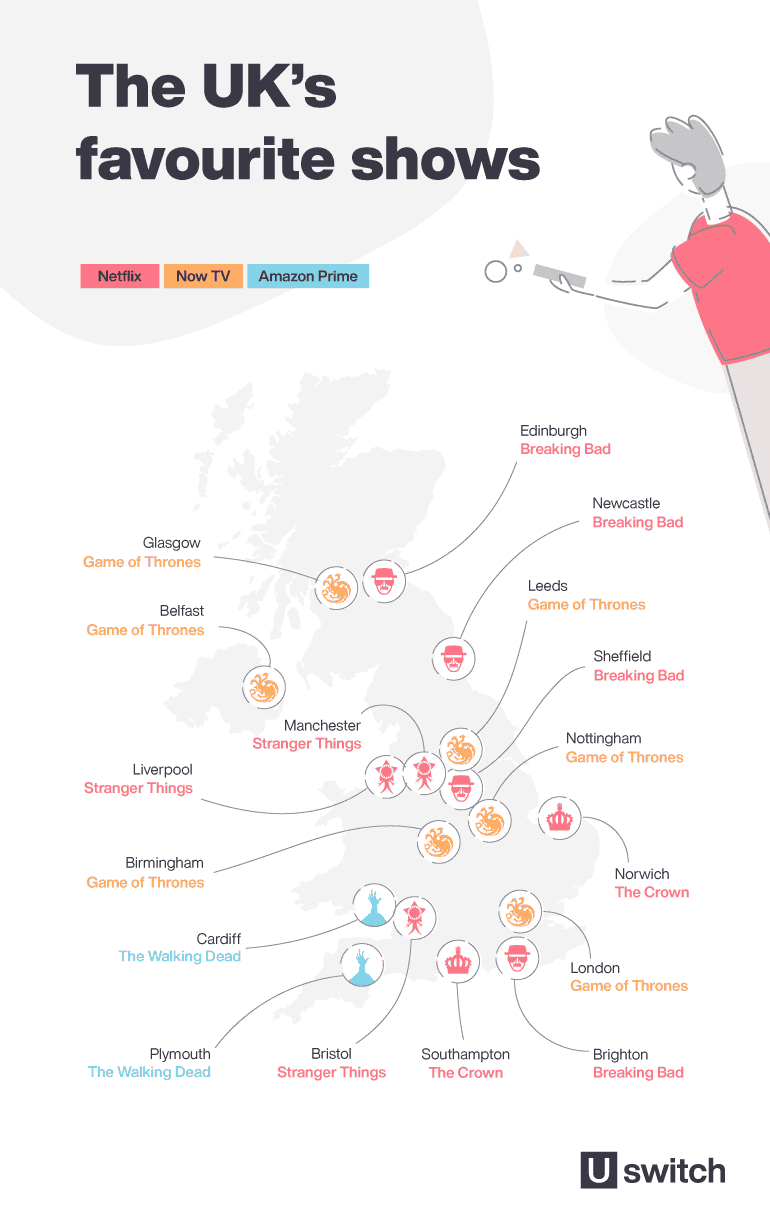 The UK's most rewatched TV series

Are you a Friends fan or a Simpson’s supporter? We all have a series that we could watch over and over again, but which show comes out on top? The chart below shows which TV series has been rewatched the most.

Infographic showing the shows we keep going back to

The number of UK households have Netflix accounts

26% of UK respondents told us they only watch TV online and 44% confirmed they were subscribed to more than one streaming service. Find data below showing how many households in the UK have Netflix accounts. 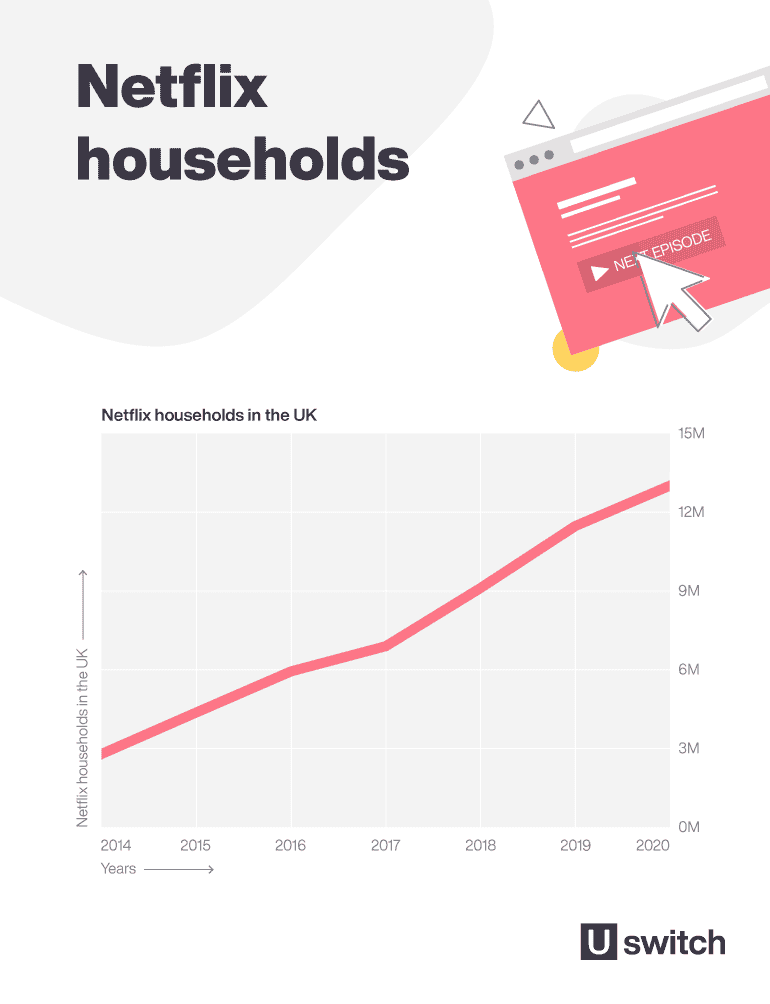 Graph showing watch of Netflix in the UK

We all have a bit more time on our hands right now and fewer ways to find entertainment for the time being, so who can blame us for watching more TV? Some may be guilty of spending too long scrolling through the homepage for inspiration and some have done the unforgivable and secretly watched an episode without their partner! Find out who is embracing the Netflix binges the most and even watching while working.

If you are guilty of binging an entire series in one day you'll need to have a great broadband connection and TV package. Check out our TV and broadband deals to compare the best deals available to you.

The research was conducted by Censuswide with 2,001 general consumers (nationally representative) between 11.01.21 to 13.01.21. Censuswide abide by and employ members of the Market Research Society which is based on the ESOMAR principles. UK Netflix households was pulled from Statista. Data correct as of January 2021.