When it comes to online dating it’s easy to get lost in the crowd. The popularity of apps like Tinder, Hinge and Bumble boomed after national lockdowns made it more difficult than ever to meet new people without cheap broadband, and you might be wondering what it takes to stand out.
Share this guide 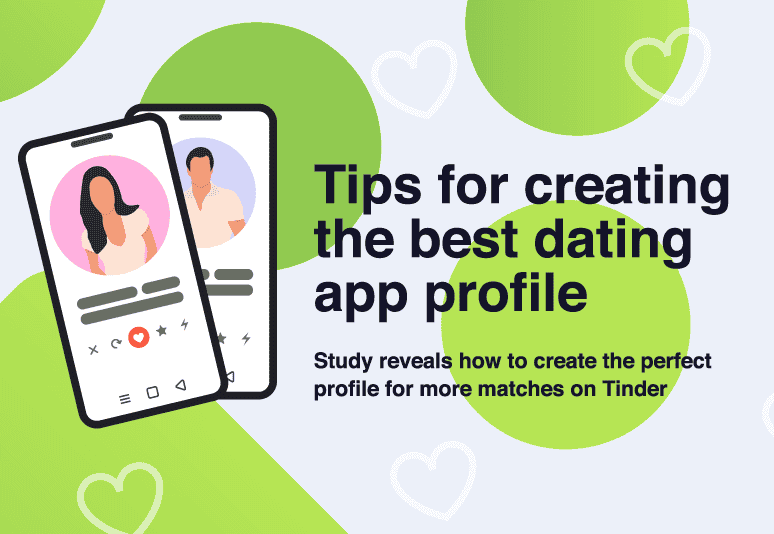 When it comes to online dating, it’s easy to get lost in the crowd. The popularity of apps like Tinder, Hinge and Bumble boomed after national lockdowns made it more difficult than ever to meet new people. Having a reliable and stable internet connection is essential for video call dates and loading quality images, so it's worth checking the best broadband deals. If you’re not sure if you’re on the cheapest broadband package for your area, you can switch to a better option for your budget, so you can keep swiping at no extra cost.

A study conducted by Uswitch looked to find out what makes the ideal dating app profile picture. Participants were asked to rate the pictures of potential partners based on their attractiveness, success, sense of humour, trustworthiness and intelligence.

Using this information, Uswitch revealed that certain photo aspects such as group pictures, smiling with teeth and wearing red can affect your dating success.

The best handsets for taking pictures

Although the types of pictures you choose for your dating app profile are crucial, it is just as essential to use a good quality camera. When it comes to dating apps, using a good smartphone camera for your pictures can be the difference between getting a match and spending weekends without dates.

Choosing a handset with superior camera quality will increase your chances of getting matches, and this smartphone comparison tool helps you evaluate the best phones for taking pictures.

Most phone cameras are best suited for wide-angle shots, with a focal range around 25mm. This is great for group photos, however, when taking selfies, cameras with a focal length in this range can distort your facial features, so picking a mobile phone that has portrait mode on the front camera can be a good option if you’re looking to take good quality selfies.

When choosing a camera for selfies, look for cameras with a focal length of around 50mm, which captures shots more accurately to what things look like to the human eye. The Samsung Galaxy S21 FE 5G features three back cameras, one of which offers a 76mm focal length option which is great for portraits and close shots.

The Galaxy S22 Ultra is another great option for taking dating app profile pictures. With four rear cameras, users can switch between two wide focal length cameras and two telephoto camera lenses with focal lengths equivalent to around 69mm and 230mm. Taking selfies for your dating profile on this camera will help you stand out from the crowd, with crisp details and by showing an accurate representation of how you look.

How to get more matches on dating apps

A smile with teeth increases both genders’ chances of success on dating apps, by 3.7% for women and 2.8% for men.

Red is a lucky colour for men, increasing their chances of being chosen for a date by 9.4% while it benefited women’s chances by 3.3%.

Does a group photo increase matches?

Most people include group photos on their dating app profiles to show that they’re sociable and like hanging out with friends. But just how much does it impact your chances of being swiped right?

Interestingly, while being in a group photo made women more likely to be chosen over women who were alone in pictures, the data showed that over 2% perceived women in group photos as less attractive, but increased the perception of intelligence by 4%.

Should you smile with teeth in profile pictures?

Smiling in your dating app profile pictures is normally thought to get you more matches. And although a winning smile doesn’t always have to show your teeth, it’s clear to see by the results that it makes men and women more likely to be swiped right.

Of all the types of pictures in the study, the biggest impacting factor on perceived attractiveness for men is a smile with teeth, benefiting them by almost 4%. Alongside the results that smiling with teeth increases your chances of getting matches, everyone should have at least one of these pictures on their dating profile.

While a smile with teeth may make men more attractive to their potential partners, it definitely impacts their perceived trustworthiness. Men smiling with teeth in their dating app profiles were rated around 5% less trustworthy and less successful.

Surprisingly, a smile with teeth made both men and women score lower for their sense of humour.

Red is the colour of love

Seen as an eye-catching and romantic colour, wearing red can help your chances of dating app success, as wearing the colour red made both men and women more likely to be chosen for a date, by 9.4% for men and 3.3% for women.

A powerful colour, women wearing red were almost 4% more likely to be seen as successful and perceived as 8% more intelligent. However, they were also considered almost 4% less trustworthy.

Contrasting this, men wearing red were almost 2% less likely to be viewed as successful and were rated around 2% less intelligent than men who weren’t.

Callisto Adams, Dating and Relationship expert comments on the research:

“There are a number of reasons why such profile images may increase or decrease your chance of success on dating apps. Firstly, showing a smile with teeth is often perceived as a sign of friendliness and the ability to socialise, which is a factor that plays a strong role in the perception of attractiveness. A friendly smile, showing teeth, can also be perceived as a hint of a safe space, which is important when using dating apps.

“Group photos also indicate the ability to socialise. As for the reasons for the higher success for women than men, it can most likely be related to factors such as women’s need for emotional connection and perception of an ‘outgoing’ man. It can be controversial, but outgoing men are often seen as unreliable and ‘all over the place’.

“When it comes to colour, red is widely known as the colour to represent love, passion, affection, and lust. Due to its long wavelength, red is attractive, eye-catching, and grabs attention. It’s easier to remember.

“Alongside your choice of profile picture, a nice and short bio can help increase your chances of getting a match on dating apps. It helps you attract compatible types, and gives a better idea of what you’re like. Similar to a punchline, if you do it properly, chances are, you’ll succeed.”

“Smartphone cameras have come a long way in recent years. Thanks to multi-camera systems and smart image editing, you can now take high-quality, professional-looking photos for your dating profile just with your handset.

“Whilst the iPhone is the most popular smartphone in the UK, there are many other handsets with great cameras to help your dating app pictures stand out. For example, the Samsung Galaxy S22 Ultra’s front camera captures images at an exceptional 40MP, which means your selfies will be in state-of-the-art quality.

“Plus, the camera’s ‘Nightography’ mode lets you take bright, well-lit photos in very low light, which means your images will look clear and colourful no matter where (or when) you take them.”

All information was sourced from a study conducted by CX Lab, commissioned by Uswitch. In total 410 people were involved in the study.

In task 1 of the study, participants took part in a dating game where they choose their preferred ‘date’ from a series of pairs of images

In task 2, participants were presented with their ‘top three’ most selected images and asked to rate each of them on the following (using a 7-point Likert scale):