The Honor 9 was one of last year’s best reviewed phones and came in a very keen price.

This year’s model features an improved, A.I-enhanced dual camera, an all-screen front and a larger battery with a fast-charge mode. 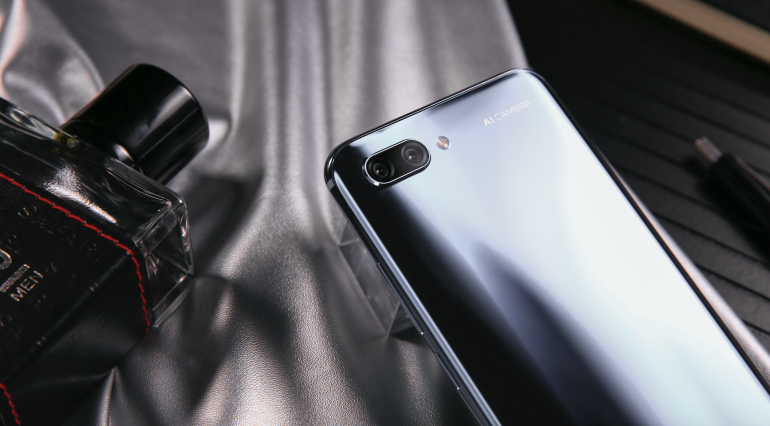 Honor is owned by Chinese phone giants Huawei, who you may know from the glowingly received, triple-camera-toting P20 Plus.

So naturally we were expecting an impressive camera on the front and back. And we haven’t been disappointed.

The Honor 10 comes with an ultra-sharp dual-lens setup. It pairs a 24-megapixel camera with a 16-megapixel lens to give your photos greater depth and superior illumination light, even in dark conditions.

The main benefit of having two lenses is that it enables you to take bokeh shots.

This artfully blurs out the background of your image while bringing the subject into razor-sharp focus to give you a very professional-looking photo.

It also comes with 3-in-1 faster focusing, which should make capturing moving objects easier and less blurry.

As with Huawei’s latest flagships, the Honor 10’s camera is loaded with artificial intelligence, which recognises what you’re trying to photograph and adds the best filter for that situation.

There are currently 22 of these scene-recognition scenarios available from launch, with promise of more being released at a later date.

And of course, we’d be remiss if we didn’t mention the selfie camera. It’s a powerful 24-megapixel single-lens snapper that uses artificial intelligence to bring you a front-facing portrait mode.

Except for the notch of course. Yes, Honor has joined the ever-growing league of smartphone-makers using Apple’s iPhone X design feature to house the front-facing camera and speaker.

But that’s not to say we don’t like it. In fact, it’s much smaller and less obtrusive than the one on Apple’s most expensive smartphone.

And the screen itself is pretty lovely. The 5.84-inch Full-HD+ display is far brighter and sharper than you’d expect to see on a mid-range device.

3) All-glass design in a range of ultra-shiny colourways 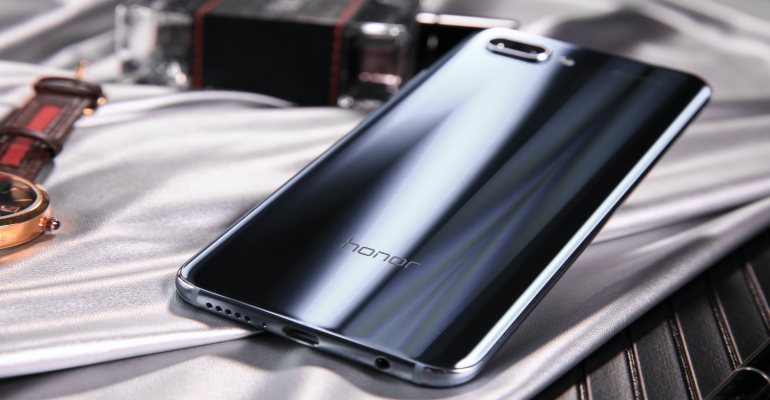 In an effort to make the Honor 10 feel more premium, the phone has an all-glass unibody.

Apparently made from 15 layers of 3D glass on the back, it’s not only sturdy and scratch-resistant, but it also reflects light from different angles, making it appear to change colour as you tilt it.

And while we’re on the subject of colours, there are a couple of colourways we’re eager to get our hands on.

The appropriately named Phantom Blue and Phantom Green colourways look so different depending on the light, you could almost mistake them for different phones. And the Phantom Blue definitely gives off mermaid vibes. 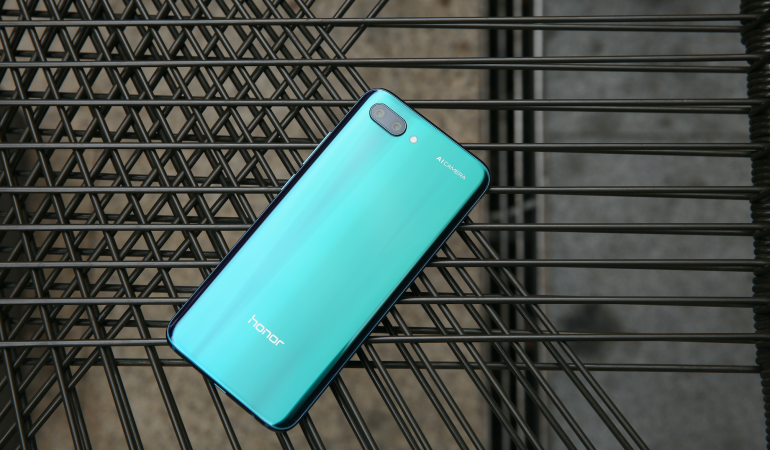 The Honor 10’s battery comes in at 3,400mAh. That’s slightly up from 3,200mAh on last year’s Honor 9 and quite a bit larger than most of the recently unveiled Moto G6 range.

We don’t know how much real-life usage the Honor 10 will give you just yet. But given the size of the screen and the processor, we’d expect it’ll be in line with the average modern-day smartphone.

There’s a fast-charge feature, too. Dubbed Super Charge, Honor claims this enables you recharge 50% of power within 25 minutes. 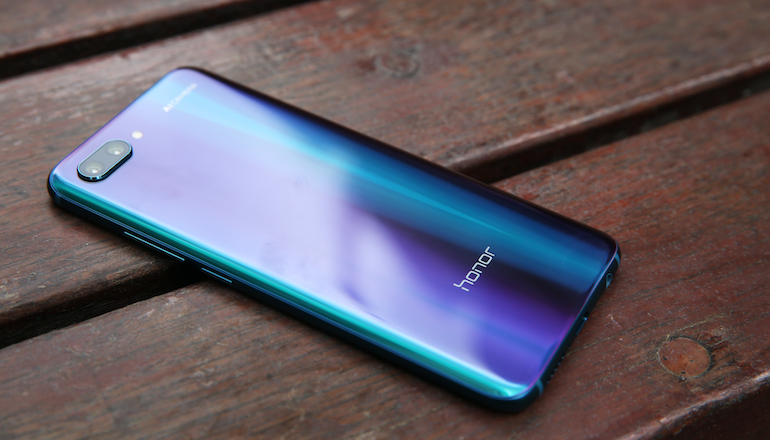 Prefer to get it on a monthly contract deal? As of 17th May, Three, which is the phone’s sole UK carrier, is offering the Honor 10 on Advanced Plans from £31 per month with nothing to pay upfront. That gets you 4GB of data per month.

Of if you’re a heavier user, £40 per month gets you a monthly usage allowance of 30GB of data. Once again, there’s nothing to pay upfront.

Honor 10 review: a very affordable take on the Huawei P20

It's cheaper than the excellent OnePlus 6. But is it as good?