Samsung Galaxy Z Flip: everything you need to know

It may have been the worst kept secret in the phone world, but Samsung’s second foldable phone is now official. The Galaxy Z Flip is a huge step on from the Galaxy Fold, and could just be the first truly desirable foldable phone.

So should you consider it for your next phone? How does that folding mechanism work? And just what’s the benefit of a foldable phone? Read on, we’ll explain all. 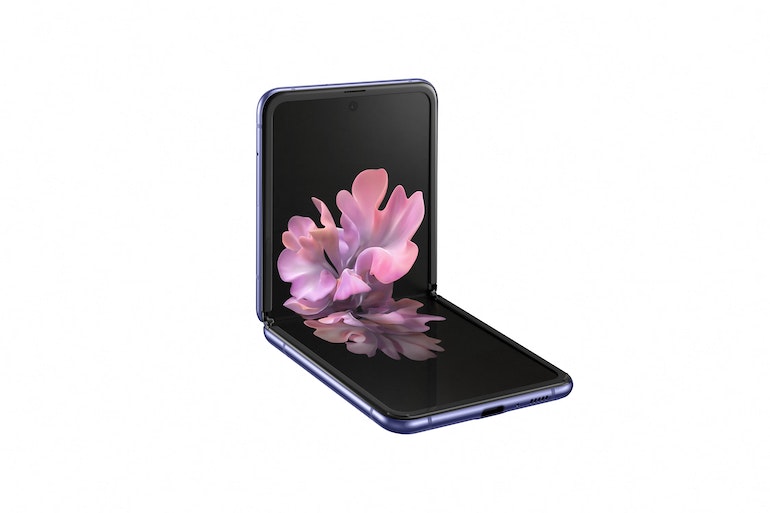 The first notable difference between the Z Flip and Galaxy Fold is the form factor. The Galaxy Fold opened like a note book, whereas the Z Flip is a clamshell. It flips open to reveal a 6.7-inch screen, but fold it closed and it’s small enough to fit in a small pocket or purse.

That gives you a big screen for watching films and playing games, without the cumbersome form factor that usually entails.

Of course you fold it only halfway open, so it sits open like a make-up mirror. This will be useful for recording videos of yourself for your blog, or for hands-free video calls.

A hinge that lasts

Questions have circled about the hinge on a foldable screen. Just how durable is it? And can you see the fold?

Now we have answers to those questions. The Hideaway Hinge (as Samsung is calling it), was apparently inspired by a lotus blossom, and is built to withstand 200,000 folds. That’s a lot of use.

It’s fitted with sweeper technology that repels dirt and dust, helping keep it clean and free of scratches. All of which should hopefully keep it in top working order.

You will be able to see the seam, though. In the first Z Flip TV advert, Samsung a disclaimer said that the seam was a normal part of the screen. Ah well, you can’t have everything.

Unlike the new Galaxy S20 range, the Z Flip is limited to 4G. 5G is still only available in limited locations, so it might not seem like a dealbreaker, but when you’re spending big money on a new phone you want the best.

People are keeping their phones longer than ever nowadays, too. And in four years, 5G coverage will be a lot more widespread than it is now. 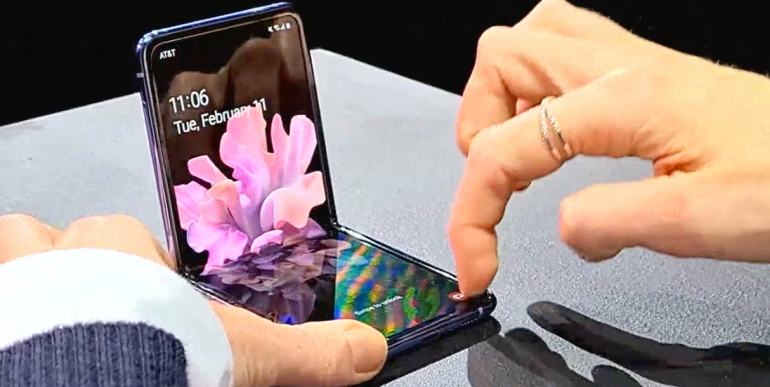 The Z Flip’s camera has some neat tricks. Long-exposure night shots gain light trails, making them seem more alive. And because of the phone’s folding action, it can be propped up on a flat surface without the need for a tripod.

The front-facing camera has 10 megapixels, which is more than enough for decent selfies.

Fold the phone open partway, and it splits apps in two. The top half is the viewing area, showing the camera viewfinder, for instance, while the bottom half houses the controls.

You can also have two apps open at once, one above the other, thanks to that tall 6.7-inch screen. Multitasking? No problem! 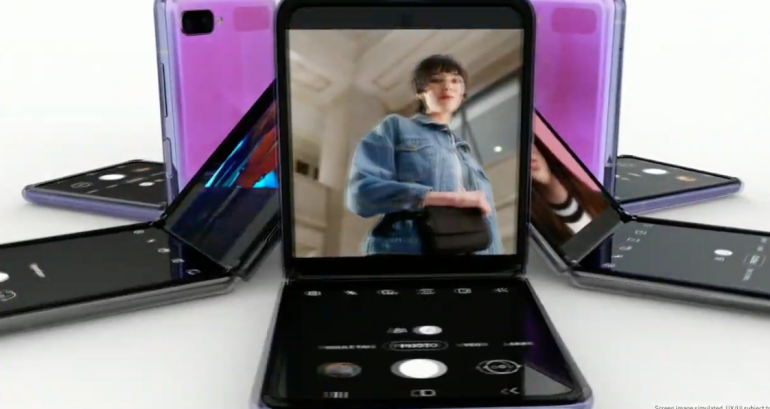 There’s a second screen on the outside of the device, too. It might be tiny, but it can show important information like incoming calls. It responds to your touch, too – swipe to answer a call, and it’ll load the phone app when you open the device, for example.

Not only does the Z Flip charge wirelessly, it can also be used as a portable charger. Put a friend’s phone on top, and it’ll juice it up. The same goes for your Galaxy Buds wireless headphones or smartwatch. 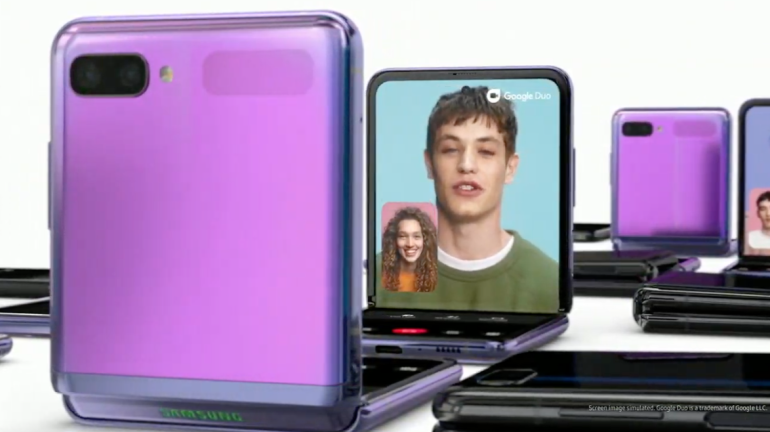 The Z Flip is available in purple or black, and hits shops on Friday 14th February – yes, that’s Valentine’s Day, if you’re thinking of someone special. But here’s the kicker – it costs £1,300. Better make sure you’re sure about them.