I think we can all agree that large smartphones look pretty impressive. And having a phone with a sizeable screen definitely has its perks, particularly if you like watching movies or playing games on the go.

But they’re not necessarily the most practical choice. And if you can’t fit your phone in your pocket or you struggle to use it one-handed, does it really matter how great the screen looks?

While there seems to be a pre-conceived notion that bigger is always better when it comes to smartphones, there are actually some great handsets out there that prove you don’t have to compromise on specs or screen resolution to get a phone that will fits comfortably in your hand.

Here’s our list of five phones under five inches that prove that great things can come in small packages.

Believe it or not, Apple’s latest flagship device, the iPhone 7 comes in at just 4.7 inches. And although that doesn't sound small, when you compare it with the 5.6-inch Samsung Galaxy S7 or the 5.4-inch iPhone 7 Plus, it’s actually a pretty compact handset.

It also comes with a 12-megapixel rear camera and a seven-megapixel front-facing camera, as well as upgraded stereo sound, longer battery life and better water-resistance than previous generation iPhones.

Want to treat yourself to the latest iPhone? See our best iPhone 7 deals. 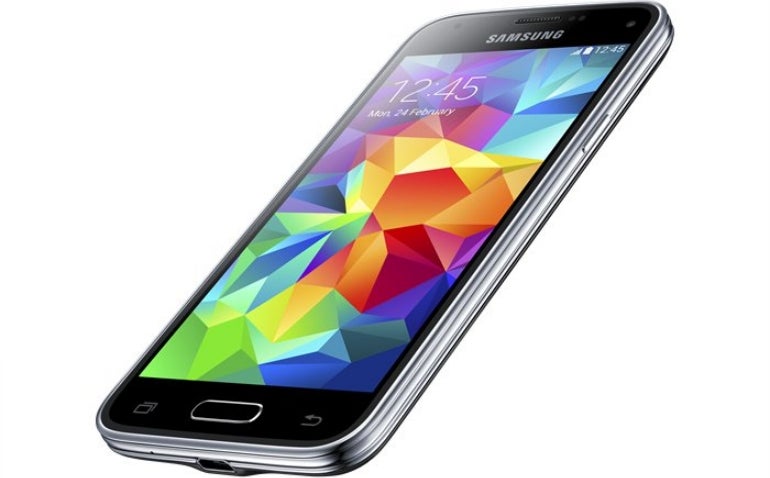 Love it or hate it, the Samsung Galaxy range is well-known for its large screen-size, with each generation consistently measuring nearly an inch larger than the iPhone.

But, if you’ve always liked the idea of a Samsung Galaxy and have been put off by its phablet dimensions, the Samsung Galaxy S5 Mini could be the perfect compromise.

Filled with comparable features to the full-sized S5, the Mini runs on the same software and has an AMOLED screen and a rear fingerprint scanner and heart-rate sensor similar to the standard S5.

It also comes with an 8-megapixel camera and is available in a variety of colours.

Another small phone that packs a big punch is the Sony Xperia Z5 Compact. With a dinky 4.6-inch screen, you could be forgiven for thinking that the Compact won’t measure up to the standard Z5. But apart from the size, there actually isn’t much difference between them.

Both the Z5 and the Z5 Compact come loaded with an outstanding 23-megapixel camera, with hybrid autofocus technology and 5X optical zoom, heralded by many experts as one of the best smartphone cameras around.

The Compact Z5 also has a fast-charge mode that promises to give five and a half hours of battery life within 10 minutes of charging, which is pretty handy.

The sturdy, all-metal handset is dust and water-resistant and features a handy fingerprint scanner on the side of the device. 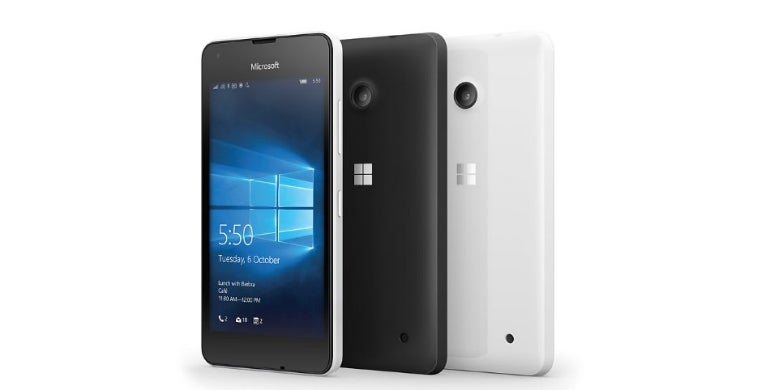 If you’re looking for a small smartphone on a budget, you’ll struggle to find better than the Microsoft Lumia 550.

Despite the small, 4.7-inch display and low-end price tag, the Lumia 550 actually has a lot of exciting and innovative features to offer.

The Microsoft Lumia 550 runs on the Windows 10 operating system, so it can be easily synced with other Windows 10 PC or tablet devices. It also comes loaded with useful apps like Outlook Mail and Outlook Calendar, which makes it an excellent business handset.

It also has one of the best budget smartphone cameras, with a 5-megapixel rear-facing camera and a front-facing 2-megapixel camera for selfies and video calling.

If you’re in the market for a pocket-sized phone, you’ll almost certainly be aware of the King of Small Smartphones, the iPhone SE. And with a display measuring just 4 inches but still packed with Apple’s best features, it’s perfect for anyone who wants all the perks of an iPhone without the hefty handset.

Released in March 2016, the iPhone SE combines some of the best features of the iPhone 5S and the iPhone 6S, with an advanced version of Siri, a high-end 12-megapixel camera, and a fast operating system.

Small but stylish, the iPhone SE is available in a range of metallic colours and comes with either 16GB or 64GB of storage.

Apart from the size, the SE will feel like a regular iPhone and is the perfect size for operating one-handed while you’re trying not to fell over on the tube.

Want to get a small iPhone? Check out our best iPhone SE deals.