This year has shown us you never know what’s going to happen next. But while we can’t predict current events or future health crises, there is one thing we do know for certain: technology will continue to improve, and to improve the quality of our lives.

Here we’ll look at a few examples of technology that currently exists and predict how it will get better next year. Wondering how a faster internet speeds could radically overhaul your commute to work? Read on, and we’ll explain…

5G will grow and grow

It seems like tech experts have been touting 5G as the next big thing for years now. And they have. But 2021 could be the year it really takes off. And it has implications far beyond speedier downloads on your phone.

Obviously the increased speed is the major benefit of 5G. It’s up to 20 times faster than 4G, meaning quicker downloads and stutter-free streaming without the need for a wi-fi hotspot. In many cases, a 5G connection will actually be quicker than home broadband.

All the major UK mobile networks have launched 5G services, though coverage is currently far from nationwide. Expect this to spread far and wide throughout 2021, driven by an increased appetite from consumers – once you’ve tasted 5G, it’s hard to go back. It would be like giving up your broadband connection for a dial-up modem: unthinkable.

More phones will also support 5G. Not only are all of Apple’s latest iPhone line-up 5G compatible, analysts predict that 60 percent of new phones that launch in 2021 will have 5G.

So what does all this mean?

Quicker speeds means more higher-quality content will be available, as the larger file sizes will pose no barrier to streaming. Expect 4K films and TV shows to soon be the norm through online streaming services like Netflix and Amazon Prime Video.

It will also make it easier for virtual reality (VR) and augmented reality (AR) programmes to run without a Wi-Fi connection. So expect to see more games like Pokemon Go that blend virtual graphics with real-world environments. Of course the quicker speeds will allow them to become much more complex, with more advanced graphics.

These faster speeds will also make it easier to connect more devices simultaneously. That will have big implications for the internet of things (IoT).

These all connect to your home wi-fi network, but with 5G providing blazingly fast speeds outside the home, your entire living environment could become connected. This is the promise of smart cities.

This has enormous potential for industries, as the kinds of smart sensors enabled by 5G can monitor and maintain supply chains, but it also has big promises for us regular folk. That’s because 5G allows for location accuracy to within 1m, as opposed to between 10 and 100m with 4G. So location-based apps will become a lot more accurate.

Not only does that mean mapping apps will be able to predict travel times much more accurately, it will also benefit other apps that use your location, like taxi apps, gaming, food delivery services and more.

But this connectivity goes beyond the phone. By receiving real-time location data from motorists, traffic cameras, drones and more, traffic lights will be able to better monitor traffic flow and respond accordingly, keeping it moving as well as it can. Which could speed up travel times considerably.

These trends won’t all reach fruition in 2021. But the wider rollout of 5G will certainly help them along their way, taking us one step closer to a truly connected future. 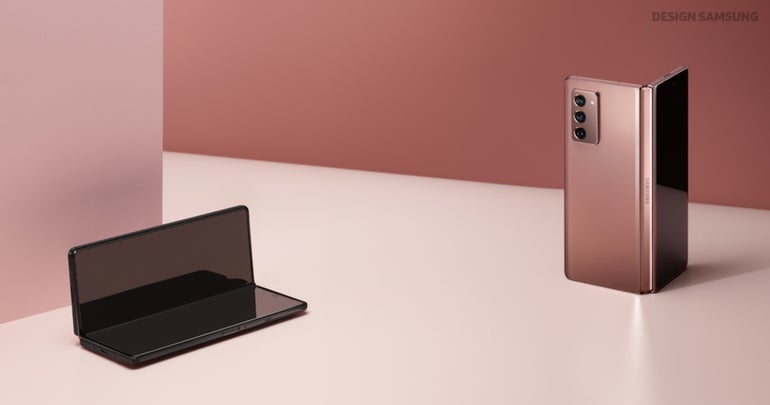 As with any radically new technology, foldable phones have had a bit of a rocky start. But you’d be a fool to write them off just yet.

Models from the likes of Samsung have improved drastically in relatively short timescales. One of the most recent was the Galaxy Z Fold 2, a 5G-capable device that’s a big upgrade on the original. The screen is better, the mechanism works much more fluidly, and it packs top-end power. If foldables keep improving at this rate, we’re in for a treat.

There are plenty more on the way, too. According to recent rumours, Samsung is planning on launching three new foldable in 2021. One will be a budget model, which will help enormously in making foldables mainstream: their high prices has been one of the main hurdles to big sales so far.

One of these will also work with Samsung’s S Pen stylus, suggesting more advanced functionality than current foldables.

Of course Samsung isn’t the only player in the foldable space. Huawei has also impressed with its efforts, so expect more from the Chinese giant in the coming 12 months. And as for Apple? It has filed patents for a foldable device – while this doesn’t confirm it’s definitely making a foldable iPhone, it shows it’s at least open to the possibility. Never say never… 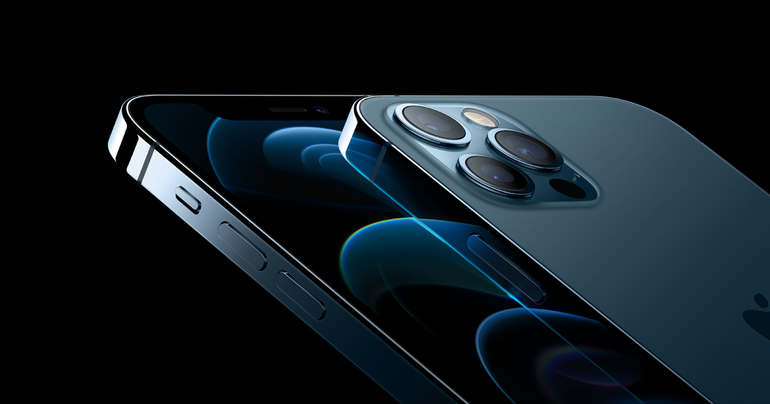 As it does almost every year, Apple stole the mobile show in 2020 thanks to the launch of not one but four new iPhones. The iPhone 12 range comprises the iPhone 12, iPhone 12 mini, iPhone 12 Pro and iPhone 12 Pro Max. But their most important feature could be a years-old magnetic technology called MagSafe.

This was first used on Apple’s laptops as a way of connecting the power cable. If someone tripped over the cable, it would break the magnetic connection and the cable would disconnect, rather than dragging the laptop onto the floor and potentially damaging it.

Its use in iPhones is rather different. The magnets let accessories like cases and wireless chargers to ‘snap’ reassuringly into place, so you know they’re definitely on right. As well as holding accessories like these in place, it could be used to add more capabilities to your phone in future, like telescopic camera lenses and in-car dashboard docks. And it could even usher in a new type of iPhone, one without ports altogether.

This is due to the focus on wireless charging. Not only does MagSafe make wireless charging more convenient than ever, it makes it faster, too: when connected correctly with MagSafe, an iPhone 12 can charge at 15W, compared to 7.5W with a bog-standard wireless charger.

iPhones usually charge via the Lightning port. But with that use now all but redundant, Apple might choose to drop the port altogether, just as it did with the headphone port a few years ago. And where Apple leads, the rest of the industry follows.

So could phones soon lose their ports? We don’t see why not. Just as more and more people have embraced wireless headphones, more will take up wireless charging. Without the necessary connections, port-less phones could be slimmer than current models. And their waterproofing would also be made easier, as there would be nowhere to let water in. It’s win-win.

But don’t take our word for it. Noted Apple analyst Ming-Chi Kuo has predicted Apple’s 2021 iPhones will have no ports whatsoever, paving the way for a truly wireless experience. Kuo is the most renowned Apple analyst around, and has the best track record of correctly predicting the tech giant’s next moves. So get ready to ditch the cables in 2021.