Samsung has officially pulled the wrappers off its new trio of Galaxy S10 smartphones. The handsets have been the subject of intense speculation for weeks, but at last we have all the details, from screen sizes to cutting edge specs, not to mention all-important pricing.

So, what’s the difference between the Galaxy S10, Galaxy S10 Plus and Galaxy S10e? Read on and we’ll get you clued in.

As you’d expect, the Galaxy S10e, the most affordable model of the trio, comes with the smallest display.

That said, it still clocks in at a massive 5.8–inches, with a 19:9 aspect ratio and Full HD+ AMOLED resolution. Unlike its stablemates, it’s a flat rather than an edge design that curves down each side of the device.

The Galaxy S10’s comes in at 6.1–inches, with the same aspect ratio and sharper Wide Quad HD+ AMOLED tech.

Each handset features the same Infinity O ‘hole punch’ screen, with space cut-out on the front for cameras and sensors.

The Galaxy S10e’s cameras don’t suggest a phone that’s in any way lesser than its rivals.

There’s a Dual Pixel 10MP front–facing effort with a wide aperture, backed up by a dual lens setup around the back.

The Galaxy S10 and Galaxy S10 Plus come with the same front–facing camera, but take things up a notch thanks to a triple lens main camera.

This adds a further 12 megapixel OIS lens to the two found on the Galaxy S10e. Samsung’s test images suggest these will be cameras by which all other smartphones are measured. 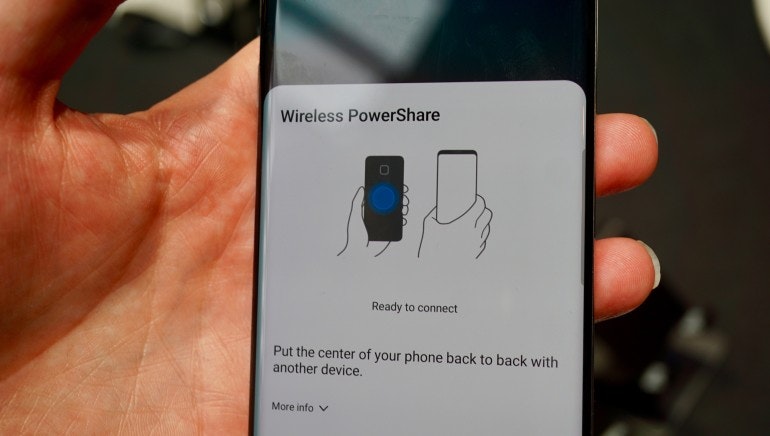 Unsurprisingly, the batteries on each model get larger in line with their increasing device dimensions.

The latter allows you to draw power from the smartphone to other products, whether they’re phones or tablets. This is a huge boon for those who carry more than one device.

Those looking to stash thousands of songs, videos, photos and files will not find any of Samsung’s new phones wanting.

The Galaxy S10e comes in 128GB and 256GB variants, with the addition of microSD support up to 512GB.

The Galaxy S10 is available in 128GB and 512GB editions, with the same microSD support.

Meanwhile, the Galaxy S10 Plus is up for grabs in 128GB, 512GB and 1TB, with microSD letting you boost space by a further 512GB. In all, they’re a lot more capacious than Apple’s rival iPhones.

Fingerprint scanners have been a key part of smartphones ever since the iPhone 5s burst onto the scene.

But Samsung has changed all that by embedding hi–tech, ultrasonic in–screen scanners into two of its three new Galaxy S10 models.

The top–end Galaxy S10 and Galaxy S10 Plus allow users to touch the screen to unlock them, meaning no unsightly scanner around the back.

Conversely, the Galaxy S10e has a standard scanner, which is located on the side rather than back of the phone.

Each model also comes with 2D facial scanning, so you can unlock them just by looking at the screen.

Don’t want to fork out so much in one go? Pre-order prices for the S10e start at £39 a month with no upfront costs.

Signing up for the standard S10 will cost £51 a month with nothing to pay upfront, while contracts for the S10 Plus start at £58 a month.

And a 5G model too 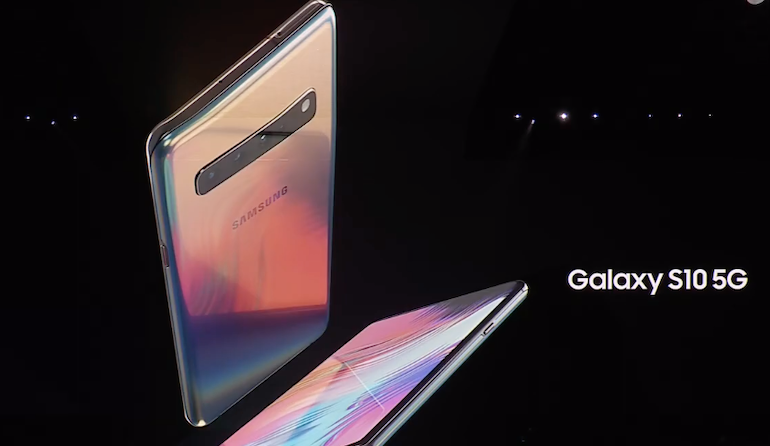 Samsung also revealed a new Galaxy S10 5G. This fourth model won’t come out until later in the year, but has some truly stellar specs.

Want to get Samsung's latest smartphone? Here are all our best Samsung Galaxy S10 deals.

Prefer to go large? Take a look at all our best Samsung Galaxy S10 Plus deals.

Fancy the smaller model? Check out all our best Samsung Galaxy S10e deals.