Which is the best music streaming service?

The booming popularity of streaming music means you can now take your pick from a range of different services, all of which get you access to millions of songs on-demand.

To the likes of big names such as Spotify, Apple Music and Jay–Z’s Tidal, you can now add the likes of Deezer, Amazon Prime Music and Soundcloud. All of which are competing for your cash.

So, which is the best? Should you pay a monthly fee for advert-free listening? Or should you save your money and grin and bear your way through the ads?

Read on and we’ll tell you our pick of the best streaming services and help you find the right one for your needs. 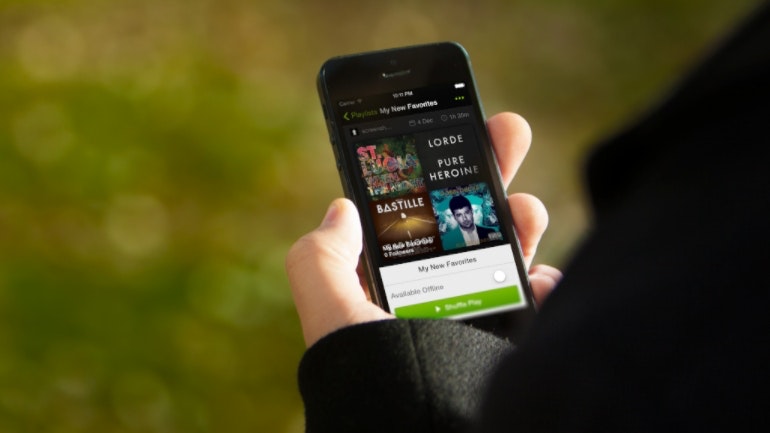 Spotify is the most popular and best known music streaming service by some distance. But these days the Swedish company is facing stiff competition as the music industry ditches downloads for on–demand listening.

Spotify has much to recommend it. Its mobile app is excellent and easy to navigate. Its catalogue is vast and now includes the likes of The Beatles and AC/DC, both of whom previously refused to allow their songs to be on streaming services.

Its recommendation tool, which highlights songs you might like based on what you've played in the past, is solid too. Especially impressive are its Discover Weekly playlists, which have brought a number of new and old songs to our attention.

Spotify is available for free on mobile, but only if you can put up with regular ads between songs.

It's also worth noting that the free version also only allows you to stream music when you're connected to the internet. If you want to access the huge Spotify libraries of music when you're offline, you'll need to pay for a subscription.

It costs £9.99 a month to use the Premium service. This also gets you better quality audio.

New users can get a free 30-day trial. So you can give it a try and see if you think it's worth it.

Backed by Jay–Z, Tidal arrived in 2014 as the streaming service of choice for big-name artists. At the time of writing it was, for instance, the only place you could stream Rihanna's Anti album and has exclusively hosted a number of Kanye West songs.

Unlike Spotify, Tidal does not offer a free streaming option. Instead, it has a two-tier pricing structure.

The basic £9.99 package gets you access to millions of songs via its smartphone apps, much like Spotify.

Alternatively, you can pay for six months up front, working out at £8.49 a month. As well as songs, this gets you specially compiled playlists and editorial content, plus access to HD music videos.

A pricier £19.99 version serves up lossless audio, which means you get a fuller, richer sound.

If you just listen to the odd song, then this isn’t for you. But if you’re a hi–fi buff, then stumping up the extra cash can’t hurt.

Pay for six months up front and the service costs £16.49 per month. Both options are available with a 30-day free trial.

A latecomer it may have been, but Apple Music is eating into Spotify’s dominant position.

The service is also easy to switch on if you own an iPhone or iPad and can be found in the dedicated Music app on all devices.

Android phone owners can get in on the action too, with a special app available in the Google Play download store.

The service offers millions of songs, as well as an extensive number of playlists recommending music based on your catalogue.

If you have songs stored on an iPhone or iPad it will merge these with those you choose to add from its streaming service, which can be confusing if you like to keep your music folders in good order.

Its iTunes back–ups are also known for messing up artwork, a nightmare for committed music fans everywhere.

Where Apple Music really stands apart is its excellent Beats 1 radio station, with shows from the likes of Zane Lowe, St Vincent and news outlets such as The Guardian.

This makes it a bit slicker than Spotify and Tidal in some key aspects. However, the app’s navigation is still not perfect and needs work. 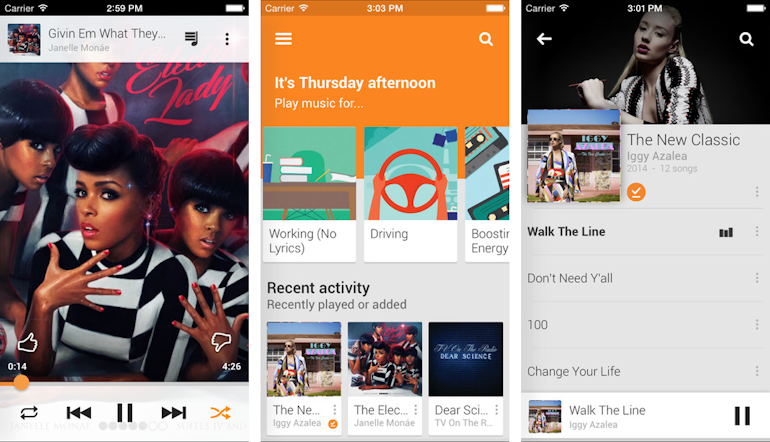 Google's streaming service has been around for some time now. And although it’s readily available on millions of Android phones, it still languishes behind its more popular rivals.

The service lets you back up music stored on your phone, with up to 50,000 songs for free, and offers a hassle-free streaming library of 35 million tracks.

As with Apple Music, the service costs £9.99 per month, although the free trial here is limited to just 30 days. An advert–supported version is available in the United States.

Curated radio stations are good too. If you’ve got an Android phone and already use Google services, this is a solid bet, albeit one which isn’t quite up to the high standards of its competitors.

French streaming service Deezer offers 40 million songs and thousands of radio channels for users to choose from. Its iPhone/iPad and Android apps are easy to use too.

There’s a free, advert–supported service. Although this limits you to skipping just six tracks an hour and its mobile app doesn’t offer the same range of functionality as the desktop version.

Its monthly package for mobile users costs £9.99, and as with its bigger-name rivals this includes a free 30-day trial before you decide whether to commit.

In a nutshell, Deezer is a decent effort, but doesn't stand out amid much stronger competition. 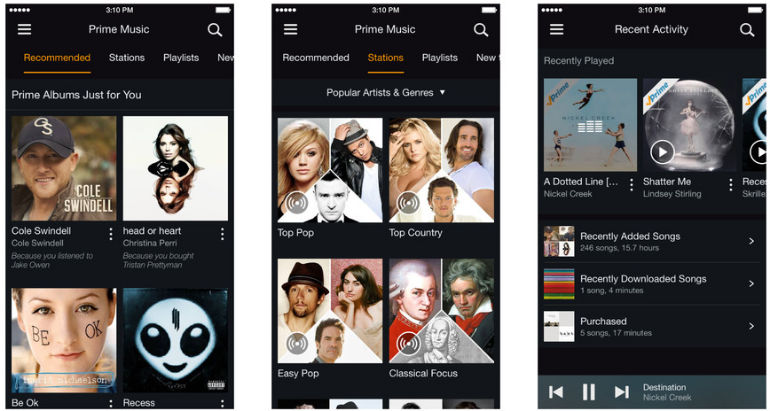 Amazon’s service marks itself out from crowd for one big reason: price.

Rather than being a standalone service, Prime Music is bundled with other Amazon Prime's video streaming service. Subscribers also qualify for free delivery on products bought from Amazon.

That means you only need to pay £79 a year to access tunes, although this must be paid up front.

If you already pay for Amazon Prime and want to stream songs easily, this is a good bet and will save you a few pounds too.

But if you worry about artists getting paid properly, then maybe that low price might make you think twice.

Competition among streaming services is now so intense that they're improving all the time.

For us, Spotify remains top dog, largely thanks to Discover Weekly playlists and its commitment to new music.

However, Tidal is an excellent choice for anyone who's fussy about the audio quality of their music. While Apple Music’s ubiquity makes it an easy bet for many.

If you’re new to the game, it’s worth giving each of them a try seeing as free trials are readily available from all the major players.

But as we have to pick, Spotify is the one for us.