Legacy consoles vs modern gaming - which is better value today?

Nintendo, Microsoft and Sony dominate the gaming console market today. But how does the nostalgic tech from our past stack up against the modern greats?
Share this guide 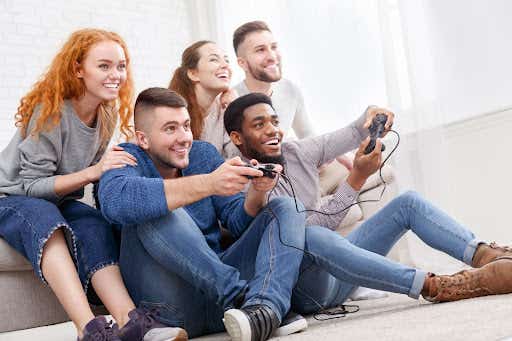 We analysed the real term cost today of legacy gaming consoles compared to our modern day gaming machines to find out which is better value.

If you do plan to game, make sure you have the best broadband for gaming, check out our broadband deals. 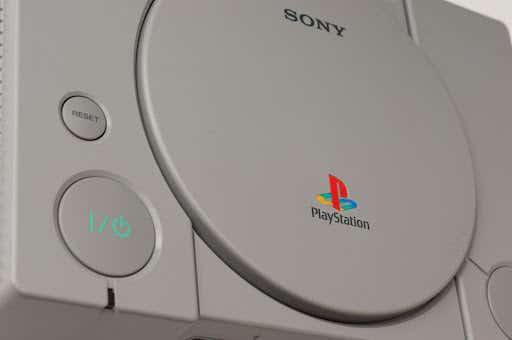 The original PlayStation console introduced gaming into households across the globe and became the first video game console to ship more than 100 million units worldwide.

Since its launch, Sony has brought four new PlayStation models to the market, including the most sold console of all time, the PlayStation 2. It’s latest success is the PS5. Released in 2020, the PS5 base edition retailed at £449/$499, which is £138.83 cheaper than the real term cost today of the original PlayStation console.

However, if you’re looking for PS5 deals this year, it's worth noting that there has been a major shortage of PS5s available, with consoles sold out at all major providers. If you still want to get your hands on a PS5, check out our top tips on how to get a PS5. 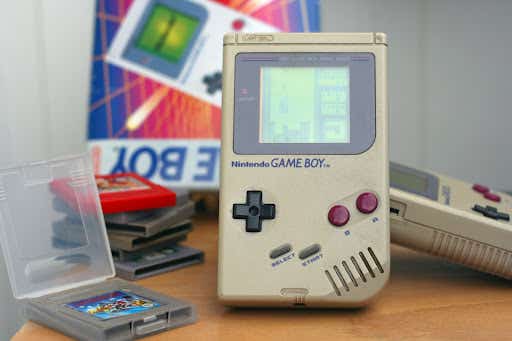 Originally released in Japan in 1989, followed by North America and then Europe in late 1990, the Game Boy became a handheld gaming console icon, selling over 119 million devices around the world.

Released in 2017, the Nintendo Switch gained notoriety again in 2020 with worldwide media coverage, documenting console shortages as consumers tried to find ways to amuse themselves at home during lockdowns. As a result, the gaming console has sold over 91 million units globally. However, it still hasn’t sold as many units as Nintendo Wii, with 102 million units sold around the world. 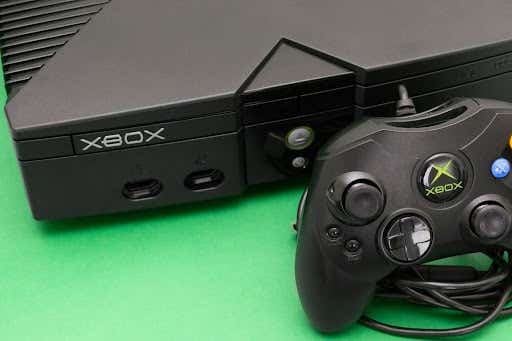 Compared to other consoles in the industry, Microsoft’s Xbox is a relative newcomer, with its first console hitting shelves in the early noughties. However, since its launch in 2002, Xbox has become a household name.

Despite the console launching a year ago, UK fans are still struggling to get their hands on the latest Xbox, with stock selling out within minutes of it being restocked at suppliers. If you’re looking for an Xbox this Black Friday or Christmas, the cheaper Xbox Series S is a great option, and often in stock. However, it’s less powerful than the Series X, so many fans would understandably prefer to keep refreshing their screens this Black Friday in the hope of grabbing one.

If you can’t wait to get playing the latest Xbox Series X games, you can play them on any laptop using Microsoft’s cloud streaming service. While you don’t necessarily need a machine that’s designed for hardcore gamers, a fast internet connection is a must. Check out our handy guide if you’re unsure about the internet speed you need for online gaming and then compare fibre broadband deals. You’ll also need a Game Pass Ultimate subscription and an Xbox wireless controller to play without a Xbox console. 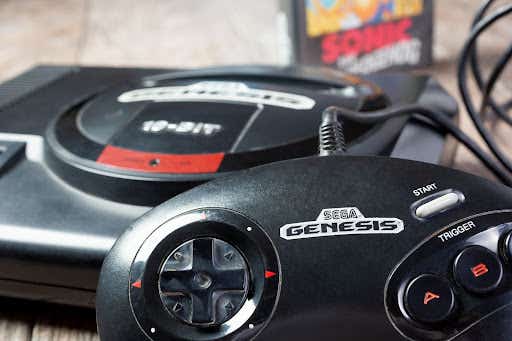 Known as the SEGA Genesis in North America, and as the Mega Drive in Europe, it was SEGA’s third gaming console to hit the market. During its total product lifespan it sold almost 30 million units worldwide, as well as introducing us to the iconic Sonic the Hedgehog.

In today’s terms, the Mega Drive would be a similar price as the popular Xbox Series X and PS5. While SEGA no longer creates gaming consoles, it did release a return of the SEGA Mega Drive with several classic games built-in for nostalgic gamers.

We surveyed the nation to find out what the majority of consumers planned to purchase in the Black Friday 2021 sales. These were the results:

While you can game online with most broadband speeds, if your broadband is slow your gaming experience will be compromised. For basic games, you'll need at least 3Mbps of broadband speed but if you have others at home using the internet, your bandwidth will be further limited and you might want to upgrade. Check out out best broadband for gaming guide.

Use the Uswitch Broadband Speed Test to find out your current broadband speed and learn about what speeds are available in your area.

Old gaming consoles create e-waste which has a negative impact on the environment. If you're purchasing a new gaming console, you should check how much your old console is worth to sell or find your nearest Recycling Locator. To find out more about tech recycling, check out our mobile phone recycling explained and how to recycle your old tech guides .

Additionally, we used https://www.usinflationcalculator.com and https://www.bankofengland.co.uk/monetary-policy/inflation/inflation-calculator to calculate the real terms costs of all items included in the above information.

Please note the US Inflation calculator uses the 2021 US inflation rate and exact figures were used.

Whereas, the Bank of England inflation calculator uses the 2020 inflation rate for the UK as data for 2021 will be available when the annual consumer price inflation time series is updated in January 2022, and where appropriate figures were rounded.